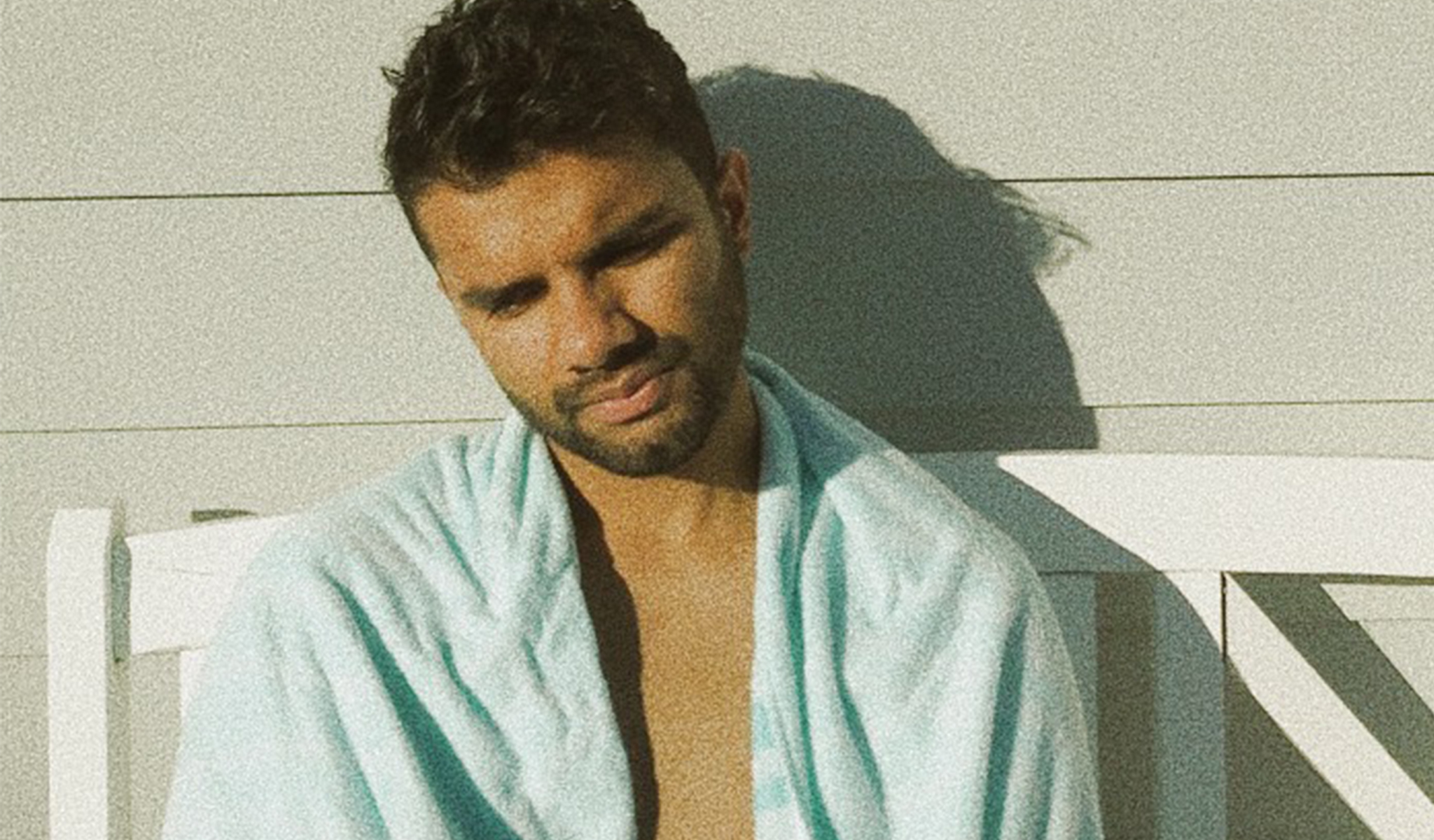 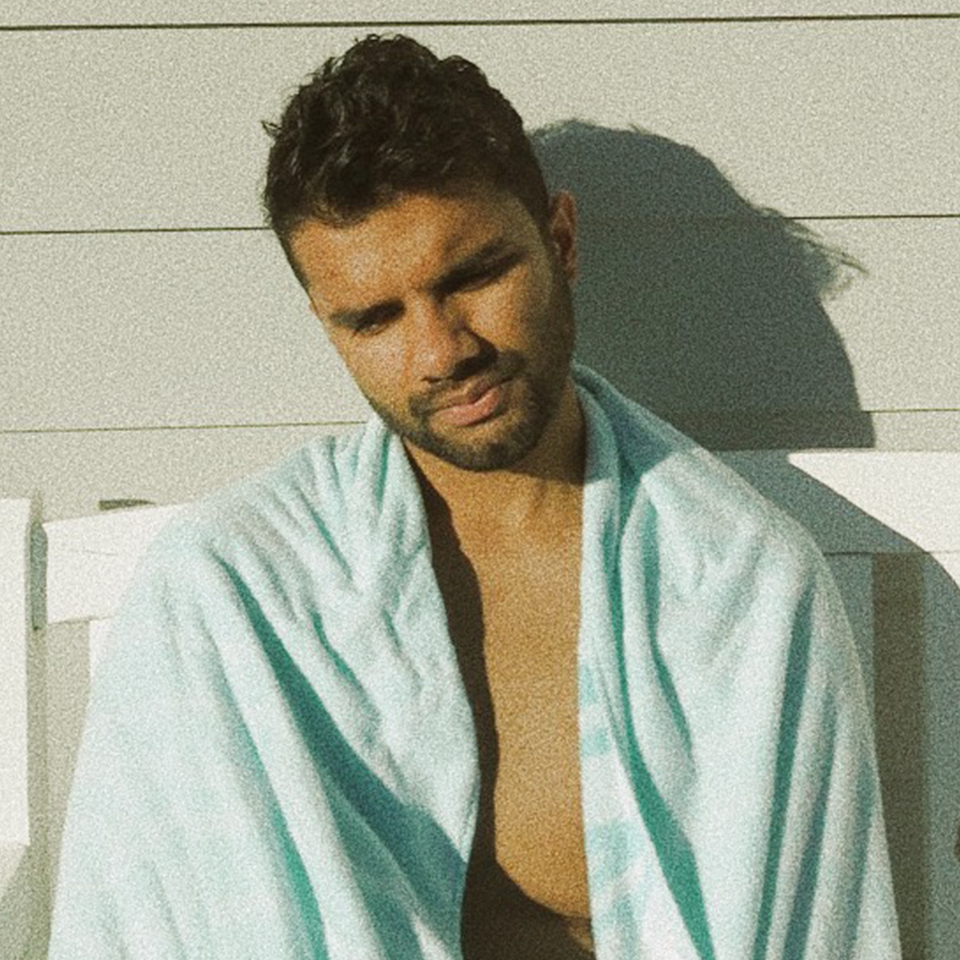 The Vanderbilt grad -- who goes by “Lackhoney,” a play on the frequent mispronunciation of his last name -- started making music five years ago, but already has over 80 tracks on Spotify. Last year, one of his many releases was a mixtape accompanied by a meticulously-crafted short film. This year, he’s releasing a song every Friday and a podcast the following Tuesday, to discuss the creative process behind each release. When NPR is calling you prolific, they’re probably on to something.

To be fair, plenty of artists can pump out track after track, but usually monotony creeps in. With Lackhoney, it’s the opposite. He raps, sings, switches up genres, and experiments with form -- songs range from 30 seconds short to five minutes long. He quotes President Roosevelt, pays homage to his Indian and Pakistani heritage, name-checks both Kylie and Kyrie, and delves into insecurities concerning friends, girls, and even death -- sometimes all in one verse. And listeners are responding; he has 40,000 monthly listeners on Spotify. Lyrical Lemonade called him “a breath of fresh air.” Nashville Scene dubbed him “one of the city’s most gifted rappers.”

What spurred Lackhoney’s journey as an artist, though, is a tale as old as time -- a rejection, which, as it turns out, was a new beginning in disguise. Quadio talked to the Nashville-based artist about that transformative moment, as well as trading partying for recording, his strategies for success, and the power of Tiktok, for this week’s 10-in-10 interview.

Artists who are children of immigrants often tell us that they struggle with family  expectations to pursue a career in STEM. Was that the case for you?

I think my parents are super progressive, especially now. I don’t feel pressure from them at this point. But yeah, when I was a kid, my grandmother would talk to me about how being a doctor was the only route that made sense in life. There’s still some lingering mental conditioning that they moved to a different country and gave me the ability to succeed. The natural next step was for me to use that to the fullest, to get to the most secure place possible.‍

And you didn’t do that?‍

Well, my senior year of high school I didn’t get into the college that I wanted to get into. And I felt a really strong sense of shame, like me not getting into that college equated to me disappointing my family, and all the sacrifices that they put into raising me and giving me the opportunity to go to a private high school were for nothing. I felt like I’d failed them. They didn’t seem outwardly disappointed, but I actually never asked them if they were, because I was too afraid to even say that out loud. Now, though, to their credit, they’ve done a really good job of voicing that they want me to succeed without me sacrificing my own happiness. The rejection, though -- the feelings I was having because of it -- pushed me to make my first song back in high school. It was horrendous. So, so bad. But it was the start. ‍

That’s when music came into the picture for you?

I was always pretty clearly into music. I was the kid in band whose face would be red from going so hard playing the bass clarinet. I got into rap when I was in fifth grade. My friend Faizaan played me “Right Above It” by Drake and Lil Wayne, and I was like, “Whoa, what is that?” But the pivotal moment was when I discovered freestyling. I had been in love with this group called Audio Push. They went on Sway in the Morning and were freestyling over Hit Boy beats, and I was just amazed by that. The next couple years were an incubation period for me where I was just freestyling alone in my room. I also watched a ton of YouTube videos and taught myself how to make beats. Then when I got to Vanderbilt, I found a studio and started working more in there.

‍Were you meeting other musicians, or still doing it all on your own?

At first I didn’t know anybody and I didn’t know any other way, so it was out of necessity that I did it on my own. I could -- and I do -- record myself, mix myself, produce my own beats -- I’m specific about how I want things to sound. But thankfully, I also found the whole thing very fun and interesting, no matter how frustrating it was. It was a lot of time hunched over my laptop trying to figure out which frequency I needed to take out my vocal by how many decibels to make it listenable. A lot of micro-shit like that, but it always felt fulfilling.

I did start to have these big sessions at Vanderbilt where it’d be like three keyboardists and four singers and guitar players. Bringing musicians together is a really fun aspect of the process for me. It was like a musical kinship, and a lot of the folks that I was working with then turned out to be my band and some of my best friends. They’re people that I love and respect and look up to a lot musically.‍

Were you able to balance music and school?‍

I started out as pre-med, so at first, not really. I would be in gen chem just getting wrecked by class, and then on Friday and Saturday nights when everybody else was partying, I was in the studio in the bottom of the student center from 7 PM to 7 AM, and would walk home as the sun was rising. I was doing that every single weekend for the whole year. Then I realized that I hated pre-med, so I switched to Human and Organizational Development, which is an HR/business major, with a minor in computer science. I graduated in May.

‍With that degree, you don’t have to be a struggling artist. But you’re pursuing music full-time. And you’re releasing stuff constantly.‍

Yeah, I’m trying it for a year. My goal is to generate some kind of momentum musically that can then justify taking another year to work on music. The quantity is part strategic and part just being very scatterbrained and not being able to stick on an idea for long. I get bored very easily. But from a strategic standpoint, it’s like, let’s say one song blows up, like I have a “Drivers License” happen. Let’s say it gets 100 million plays, and let’s say there’s a one percent precipitation rate of people who hear the song and are like, “Let me go listen to more music from him.” The people who do that are most likely going to listen to more than one song. Of those million, I could either have 10 songs out that are really, really good, that I’m hard on myself making perfect, or I could give them 80 songs so that they have more to choose from. That’s the strategic choice, but it’s also way more fun than spending three years on 10 songs.

Also, each song has the ability to generate revenue for a long period of time. Songs can blow up years down the road. Basically, from a strategy standpoint, it makes a lot of sense to just give yourself the most at-bats to get shit off the ground. If one thing goes viral, life changed, whole different conversation. Then I can justify another year of doing this.

‍How are you able to come up with -- and finish -- a new song every week?‍

I figured out a new technique. The old way I was doing things was kind of piecing songs together over time. I relied way more on inspiration coming through me to make the music happen, and less upon my ability to actively channel it. But I was watching videos over quarantine of these rappers working, and it’s really interesting the way they do it -- they pull up an instrumental, freestyle over it, do a full take of singing, like mumbling and trying to find melodies and cadences. And from there, they put words in and arrange those bits and pieces of inspiration into a full song. Piecing songs together like that makes it much more intuitive and often makes the songs much more cohesive as well. If I go back and listen to a lot of my shit, I can hear that I was thinking really hard. The music that I’m putting out now sounds much more free-flowing.

Because each song has a story around it. I’m aware that when you release this much music, people can make the assumption that it’s easy or quick. But most of these songs have real spiritual meaning, there’s deep thought that goes into them, and an irritating, difficult, uphill process to get them finished. And just putting them out and putting the cover on Instagram or whatever doesn’t necessarily do the journey of the song justice. So the podcast is me wanting to give people context. Also, it’s something to pass down to my kids and grandkids so they can personalize me more after I’m gone.‍‍

‍You’ve got 40,000 monthly listeners on Spotify. What advice would you give to artists who want those kinds of numbers?‍

The way that I got that many listeners, I basically just messaged a bunch of independent Spotify playlist curators. I probably messaged like 500 people. I was stalking them. They put me on playlists and then the songs got noticed. Unfortunately, no matter what you do, the music that you make won’t matter to other people unless you find a way to actually get it in front of other people. But now most of those curators will ask for a crazy amount of money to put your song on their tiny playlist. I know this is going to sound crazy, but the best way to get people hearing your music now is with TikTok. As much as people want to downplay its effectiveness...put your music on TikTok and work like it’s a job getting it to go crazy on there. Because if it does, it’ll change your life.

I’m so grateful that 40,000 people each month listen to Lackhoney, but I’m also aware that I have much more ambitious plans than that. What I would love and pray for is a song to become a hit, like to launch my career and give me a bigger platform to start jumping around and doing even more. Here’s the thing. I think a lot of the songs that I put out are pretty honest expressions of who I am, and I think from a raw quality standpoint, I spent enough time trying to get them to be good enough. But a lot of them have under 1,000 listens, so it would be beautiful to get to a place where the music that I’m putting out doesn’t fall on deaf ears, doesn’t just get a thousand listens after I put all that time into it. It’s not even about the time that I put into it. It’s actually just music that I really enjoy and people might really connect to. So I want them to hear it.