She's not in Kansas anymore. 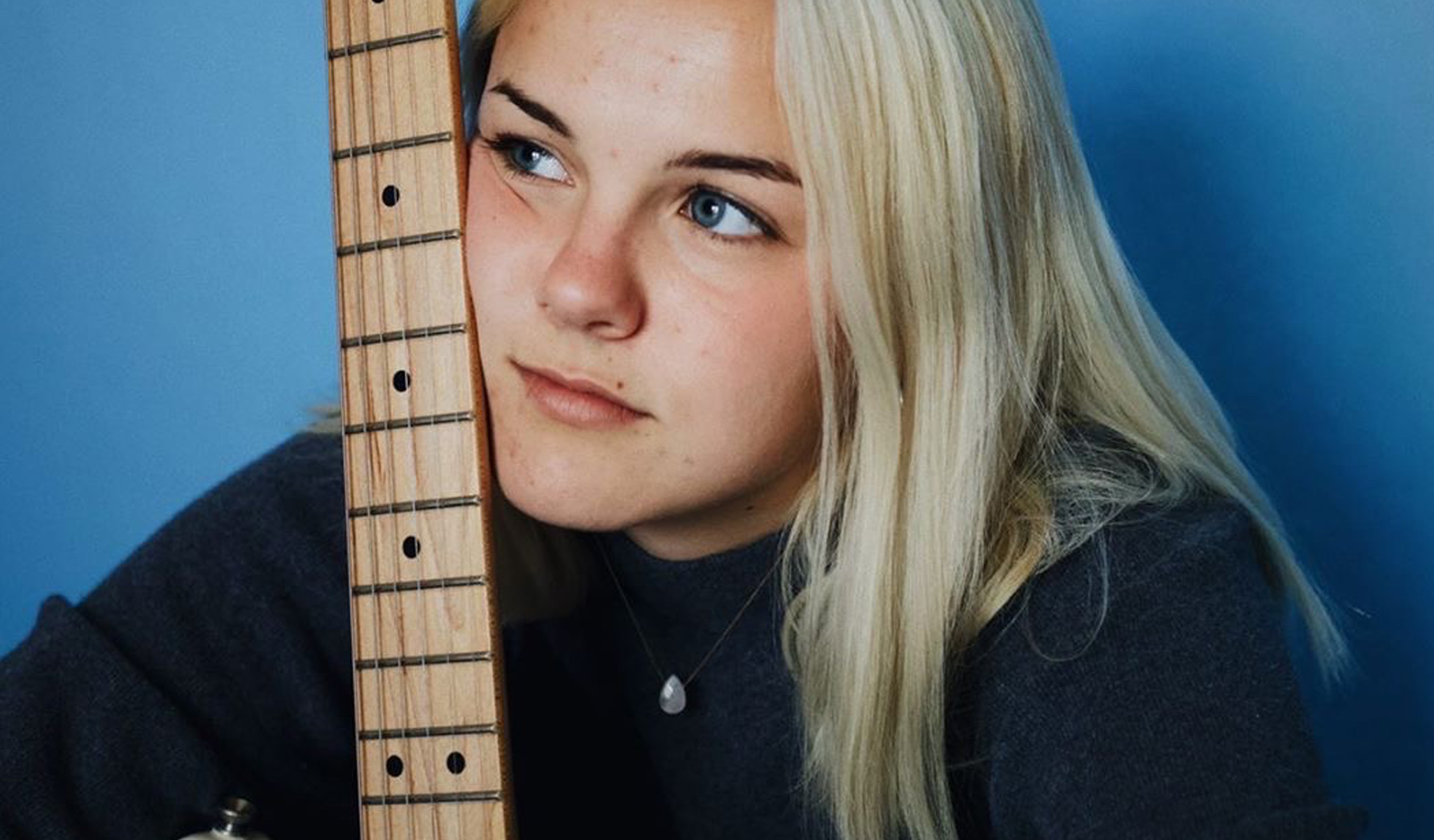 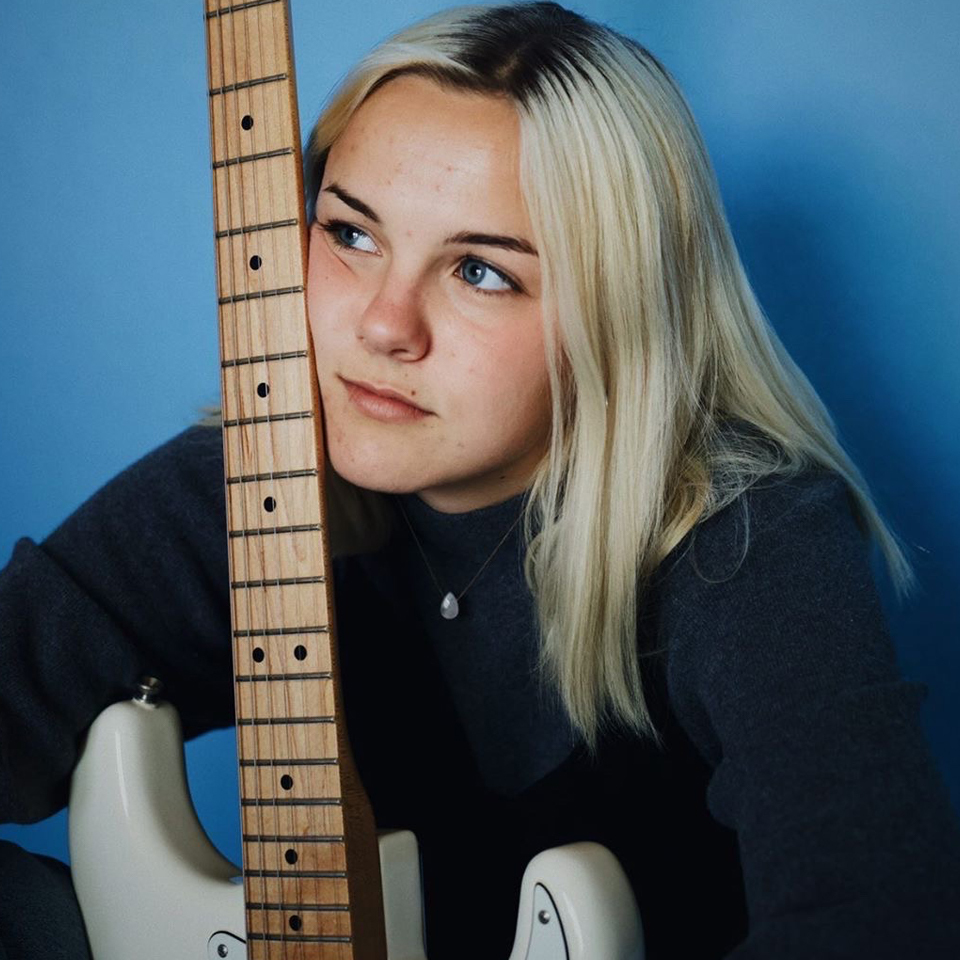 One brief conversation with Ellie Williams and it’s hard to imagine she was ever anything other than the self-assured singer-songwriter you find in front of you -- cheerful, inquisitive, and kind. The USC junior seems comfortable in her own skin in the way only someone who’s been performing since 11 years old could be. Her internet presence would seem to confirm that vibe, too. She has more than 100,000 monthly listeners on Spotify, and her TikTok, which boasts 28,000 followers, is an upbeat, entertaining mishmash of outfit shots (“How gay do I look on a scale of 1-10?” she deadpans in one post), funny misadventures in baking, electric guitar covers of oldies like “Blackbird” and “Dancing Queen,” and performances of her original songs, with a voice as warm as her disposition.

But in fact, there was a time that pre-dates the authentic Ellie that Quadio encountered in this week’s 10-in-10 interview. She was, in her words, “very closeted” growing up in her hometown of Lawrence, Kansas, an affect that could only infuse the creation of her first album. Her first love song about a girl was entitled “Luna” so that she could claim it was about the moon if anyone asked. It’s a happy irony, then, that all these years later, it’s Ellie’s most honest song that’s earned her most acclaim. “Clueless” is not only an earworm; it’s a bold, deeply candid track about Ellie having romantic feelings for her best friend. A clip of the song on TikTok has amassed 12,000 likes, and the song itself now has nearly two million streams on Spotify. (By the way, yes, the friend knows the song was about her, and yes, they’re still friends.)

So how did Ellie get from “Luna” to “Clueless?” It took time, community, and a fortuitous change of scenery. Quadio spoke to the artist about all three of those changes -- and more -- from Los Angeles via video chat.

Actually, no! I’ve wanted to break into entertainment since I was little, and my parents were very, very supportive, so I’ve been bouncing back and forth between both places for a long time. I’m used to the changes between them. I like it. They balance each other.

So you had known you wanted to perform since you were very young.

Honestly, as a kid, I loved attention. Especially from adults. Once I started taking guitar lessons and piano lessons, my piano teacher asked me to sing in one of his band’s performances. So I started doing live shows when I was about 11 or 12, which I always think is really funny. Because it’s like, I’ll look at old videos and photos and it’s just this 12 year-old child in front of this band of old men.

My dad was also very musical, and my sister and I would write songs together when we were kids -- they were generally terrible -- just for fun. My childhood was very, very musical. So I never felt like an outsider in that sense. But I think once I got to an age where I knew I wanted to pursue it professionally, it was a little bit of a shift where I started devoting my time and energy to a career. At that point, a lot of my friends were doing normal things like playing sports and stuff. And I was like, “I want to play shows and assemble bands and write music.” So that was a little weird, but everyone was still very supportive of it.

You mentioned that you never felt like an outsider in the musical sense. Did you in another sense?

When I was putting out my first album, I was very closeted. This was when I was a sophomore going to high school in Kansas, which is for the most part a pretty conservative state. I wasn’t really comfortable. I was comfortable with it for myself. I was like, “I know who I am, but I’m not really ready to share that so publicly.” It was hard because I had a song that I wrote about a girl and I used a fake name. It was called “Luna.” And I had to justify putting it out for myself. I was like, “It’s okay if I put this out because Luna means moon in Spanish. So if anyone asks me what it’s about, I can just say it’s about the moon, like it’s a metaphorical song.” That was a huge step for me, because all of the other songs on the album were about boys or used “he” pronouns.

My soccer coach, I vividly remember him coming up to me and he was like, “Hey, I like your song ‘Luna.’ What’s it about?” And I got super flustered. I was like, “It’s about the moon, it’s a metaphorical song, I’m just a songwriter and that’s what I do.” He was like, “Okay, cool, cool. Well, I just wanted to let you know, I really liked the song,” and I was like, “Thanks.” Like, everyone knew I was gay, but I didn’t know that everyone knew.

It’s interesting that you didn’t want to tell anyone you were queer, but that you were actually comfortable with it, as you said, “for yourself.”

I’m very much someone who lets outside opinions affect me. Being an artist is hard because you want people to like the music that you’re putting out, and then putting music out at such a young age when you’re already really insecure, it’s even harder. And then you add to that that I was shielding myself in a way. It wasn’t entirely authentic because I wasn’t comfortable being like, “This song’s about a girl.” Lawrence is relatively liberal, but there are definitely people that are no longer in my life because they weren’t comfortable with it. But at the end of the day, I don’t want to keep someone in my life that doesn’t accept me for who I am and support what I’m doing. Because then that just brings a lot of negativity into my work. Having to move forward with that knowledge and figure out who I want to surround myself with has been really important, because I think community is really important when you’re putting out music, and also when you’re a part of the larger LGBTQ community.

There’s actually nothing on your Spotify from before 2020...because?

I removed my whole first album because those songs were written when I was in middle school and at a different time in my life. I’m going in a different direction now, I’m more comfortable with who I am... I think that comes with growing up, when you figure yourself out and figure out what you want to represent.

So it just took getting older to get comfortable?

That, and moving full-time to California, which is a lot more chill with all of that. The performing arts high school I went outside LA to was predominantly queer. They had like a Pride Day at school and I’d never felt more accepted and comfortable just being who I was. I think environment plays a huge part in accepting yourself, and definitely played a huge part in my creative process as well, because I was so much more comfortable just writing songs. I had written songs about girls for so long. And once I moved to California, I was like, “Cool. I’m just going to put everything out.” And I didn’t even think twice about it. I was like, “Yeah, this feels really normal for me and comfortable for me.”

What are you trying to achieve with your new music?

I want to be honest and relatable, and my songs to be about real situations and real people that normalize being queer. I don’t want to write something and then be like, “I should change that because someone might not like it.” I’ve always really enjoyed specific songs. Olivia Rodriguez is actually a good example --  I was listening to her album today, and she has that lyric that’s, “I bet you tell her that you love her in between the chorus and the verse of a Billy Joel song.” That’s a very specific thing. But the sentiment that it carries is very relatable. So with my songs, if someone’s listening who’s not queer, I feel like they’ll still be able to relate to it because at the end of the day, it’s just another love song. I think it’s really important to also normalize the conversations and dialogue and lyrics around queer relationships. It’s not like an exotic thing. It’s very normal. It was very rare for me to hear queer artists on the radio when I was growing up. I think the only one that I vividly remember was Hayley Kiyoko. So I think having those specific relationships depicted in songs should be much more commonplace.

Talk about making music while going to college --

My major at USC is in popular music performance with an emphasis on songwriting. And then I also have a minor in music industry. I’ve found so much value in the community at the music school, but also like, the cinema school is literally right across the street. Collaborations between schools was something that I didn’t really think about when I went. I was like, “Cool, if I’m going for music, I’m going to learn about music.” And then I got there and it was like, “Hey, these people are doing video projects and they need a song for it. Can you help out?” That was like, “Oh, this is sick!”

Let’s talk about “Clueless,” which is such a great song. It kind of blew up!

I had been on TikTok for a bit just for fun, so I started putting videos of “Clueless” on there, hoping it would get the song some more exposure, and it did fairly well. And then it got onto Spotify’s Lorem playlist, which is huge. I love that playlist and I listened to it all throughout high school. I was very excited about that. Then it got onto some other playlists as well, and people put it on their own personal playlists, too. It’s been really nice because I’ve received DMs that are like, “Oh my God, this is me and my girlfriend’s song, I put it on a playlist for her and now we’re together!” That’s definitely given me a lot of confidence moving forward because again, I was so stressed when I put out my first song about a girl and I was so nervous about the response. The songs that are out now, I wasn’t as nervous, because I was very confident in what I wanted to say, but I think it definitely adds some confidence just knowing that other people are receiving it so well. It’s a really good feeling,

Other than going back to school in the fall, what does the future look like for you?

I’m writing music all the time. I’m working on producing some songs right now and hopefully will have a full project done in the near future. I love live shows and performances -- I’m definitely going to have a little bit of stage fright when I go back to that because of COVID, not having done it in forever, but I love it. In general I just feel good about my growth and the realizations I’ve had about what I want for myself, who I am, what my identity is -- not to say that I have that all figured out, because I’m 20 -- I still have a ways to go. But I’m so excited to figure it all out.