10 in 10 with Oklahoma State's Kayla Andrus

Engaging with the afterlife in America's heartland. 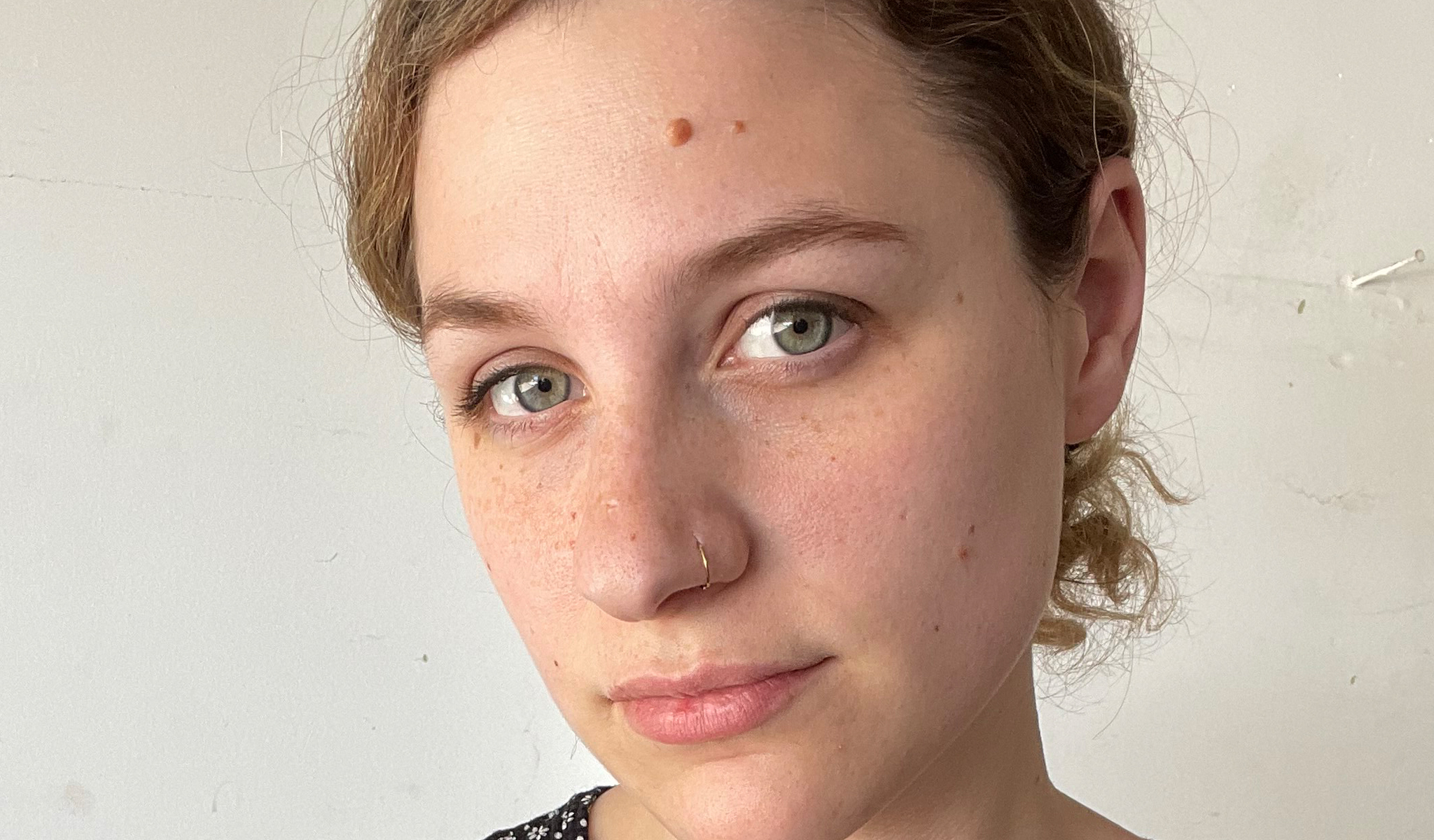 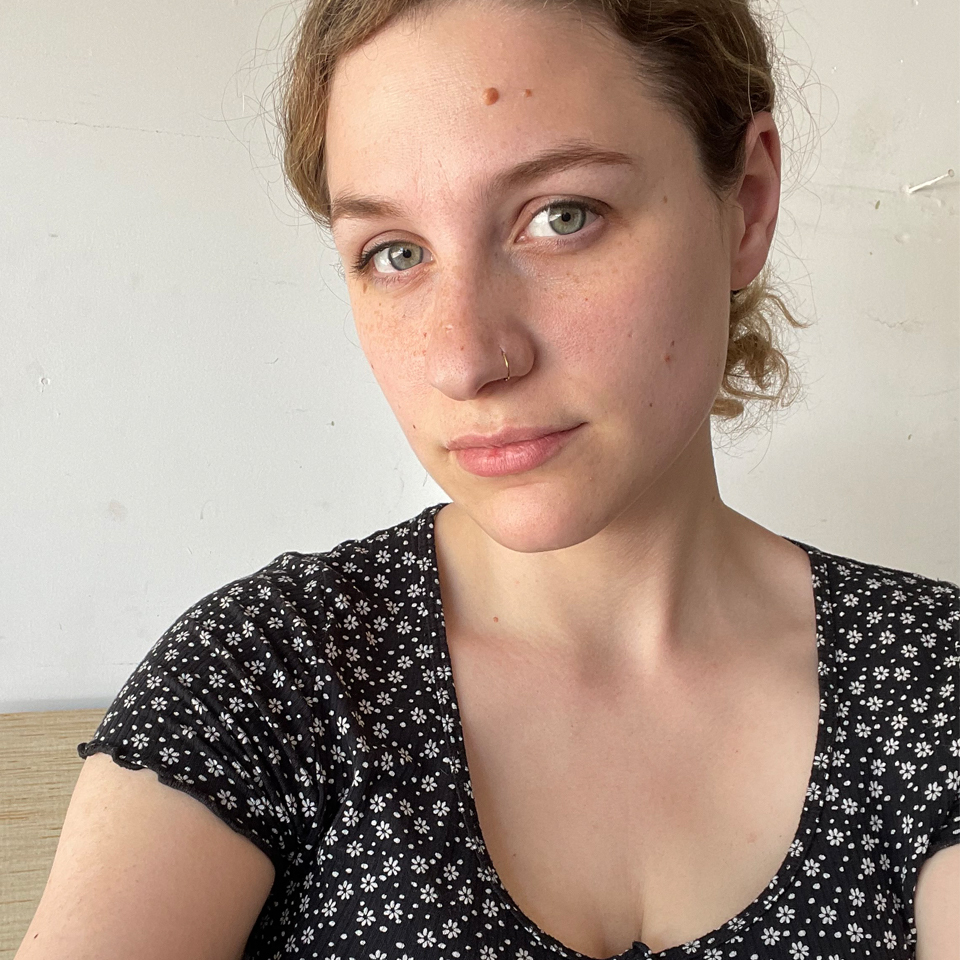 It wasn’t until a couple of years in at Oklahoma State University that Kayla Andrus first experienced real grief, losing both her grandfather and uncle in the same year. And as it is often when a person is moving through grief, life wound up making a slew of decisions for her, instead of the other way around. A professor told her she’d fail a class if she left to go to her loved ones’ wakes, prompting her to drop out of school and start a new life as a tattoo apprentice. She was met with more adversity there, though, working for almost a year without a single wage and dealing with, she says, mentorship that tested her strength and patience.

Oddly enough, fate lifted Kayla back up out of misery when another tattoo artist at the studio put a stick of charcoal in her hand and had her draw with it. Skeptical of the tool at first— it’s quite messy, after all— she wound up drawing an image that, even after subsequent years of serious experience with charcoal, she still believes is her best work. Her art tends to dance in the realm of the macabre, as she ponders heavy, existential questions about life, death and the afterlife. Raised on a blackberry farm in smalltown Oklahoma, Kayla often draws animals and flowers, some alive, some dead, against sharply contrasting, ink-black backgrounds in the style of another mentor of hers, renowned photographer Connie Imboden.

Kayla is heading to Athens, Greece in the fall for her first artist residency, but she caught up with Quadio on Zoom to talk about her formative moments, working with charcoal, and the shiver-inducing thoughts that can creep in when we think about what happens after we die.

You had a kind of bifurcated upbringing, right?

I grew up in Tulsa and in Vinita, Oklahoma, which are two totally different places. One is in the city and one is super in the country. Growing up on a blackberry farm, I’d take care of horses and all the farm animals with my aunt, who was a vet tech, and my uncle. So from early on, I had this deep love and appreciation for all things botanical and animal.

In fact, one of my best-selling pieces was this drawing inspired by a day I went to work with my aunt. A possum had been hit by a car, but she was pregnant and they brought in all of the babies. I got to hold them, and then I was inspired to draw them. It falls in line with the biggest themes in my art: life, death, the afterlife.

How did you start making art?

I’ve been making art basically my whole life. My grandma, I don’t know how she knew this, but she knew that I was going to be an artist — she kept all of my original work starting from when I was a little bitty person. She made me sign all my drawings back then, too. I was kind of pushed that way when I was younger, but I didn’t really take it seriously until I got into high school.

I started in photography, though. I went to photography school, I’ve won a few national medals in high school competitions. I was lucky enough to be mentored by a pretty famous photographer, her name is Connie Imboden. She’s incredible. A lot of my work has a black background with white illustrations over it in contrast, which is very similar to her style. When I fell in love with her work, I took part of hers with me and implemented it into my own.

Charcoal is an unusual medium; not a lot of us have worked in it. Can you describe what it’s like?

My first experience with charcoal was when I was a tattoo apprentice, funnily enough. One of the tattoo artists put a charcoal stick in my hand and was like, “Draw with this.” I was unsure of it at first — it’s messy. But I made this one drawing of a blue heron and it was probably the most beautiful piece I’ve ever made. I’m honestly a bit annoyed about it, because it was one of the first times I had made anything with charcoal, and it still holds its own over a lot of my recent work.

Because I enjoyed making that piece so much, it kicked off a whole thing for me. I ended up not being a tattoo artist and continuing to draw in charcoal. One of the best things about the material is I don’t have to take any paint or solvents with me to paint with — it’s simple.

Who have been some of your best teachers?

My high school art teacher, Ms. Thomas, was just so encouraging. I remember feeling like I was a favorite student of hers, and she pushed really hard for me to get into photography. Because of her, I started to fall in love with the process of making art, and I began to invest more of my time and energy into it. Connie Imboden, too, was so influential to me during a summer I spent at the Oklahoma Arts Institute at Quartz Mountain.

You dropped out of Oklahoma State after a few years studying art history. What’s the story behind that?

So, I actually started out as a studio artist and was pursuing an art history minor. Then I had this professor, Dr. Irene Backus, who studied the Italian-Chinese porcelain trade during the Italian Renaissance. Very niche. But the way she talked about art was so beautiful that it made me want to study art history, so I changed my major to that. That same year, however, came this turning point. My uncle and my grandpa both died. I had this professor who would not let me miss school, even for their wakes. I had a presentation for her class and I was a total wreck because my loved one had just died that day.

She told me that if I wasn’t in class, that I would fail the course. And that was it for me. I was like “Fuck this, college is stupid, I’m done.” That broke everything for me. So I became a tattoo apprentice, but that was another mostly horrible experience. They were harsh people — I worked there for free for eight months, which was ridiculous, and they were such aggressive people. I did get two things out of it, though: my affinity for charcoal and a backbone.

Can you talk more about your art as an investigation of life and death?

So, my uncle and grandpa dying was super shocking to me. I feel like whenever you’re younger, you get to learn how to grieve. When you’re older and you’ve never experienced grief before, I think it’s harder to deal with. A lot of my work has focused on the afterlife in general as a result of those losses. I’m not a religious person, I’m pretty scientific and straightforward, but I started to see my art as a way to explore what the afterlife might look like and what it might be. I’ve been scared to really commit to only doing that with my art, though, because it doesn’t sell very well. There’s a… specific crowd of people that will buy it. People who are interested in macabre things. I’m not really someone who loves serial killers and gore; I’ve gone to an oddity show and it wasn’t really my thing, but it’s cool that that crowd is invested in my art.

You’ve said that you intentionally stray from realism — why is that?

Well, there’s certainly a physical aspect. Charcoal has this quality where, when it’s smudged, this gradient naturally appears. It gives it this very realistic effect — for example, on a person’s face, there aren’t really any hard lines. I liked this at first, as I was trying to draw things realistically, and charcoal lends itself to realism.

Over time, I realized that it’s boring to just draw pictures in a straightforward, realistic way. I also found that I was hyper-focusing on every single detail about a drawing and getting it “right,” and when I ignored that urge, I felt more of myself come out into the art. Eventually, it became much more authentic to let myself make my own improvisations and allow my art to stray from realism.

What is the emotional experience like when you’re evoking these very existential themes? Does it ever get scary?

I’ve actually had to talk to my therapist about it. She was like, “This is not great for you.” And I was like, “Probably not.” It’s hard, especially the planning process, when I’m really engaging with concepts and what I’m drawing inspiration from or investigating. I’ve been trying to become more conceptual, and that’s been harder because you get it all tangled in your brain and it gets dark, but I’m trying to balance it — sometimes I like to draw in flowers, which adds some levity. If you think about it, flowers are present in so many big life events. When there’s a birthday, wedding, anniversary, funeral, there will likely be flowers.

What kind of impact do you hope that your art has?

I hope that it gets people to think about what’s happening right now, especially things you can’t see. Outer space, for example. It’s not something I really draw, but I have been adding these little stars into my drawings to bring in the fact that there’s so much out there. Further, I think a lot about how there’s rock and dirt on Earth, just as there is on Mars. That’s a tangible link between those two worlds, and I think that’s really cool. Thinking about that, and what we might have here on Earth that could relate directly to something that is millions and millions of light years away, is special.

There’s also, of course, death. What the heck is that? You die, then what? Some people think that you go to heaven. I don’t, I’m really open-ended at that. I’m sitting here thinking, what next? And I’m having to come up with my own scenarios of what is possible, which gets pretty weird and changes a lot, too. There’s that law in physics that states that energy cannot be created nor destroyed. I think we have spirits, and our spirits are energy, and they are perpetual in their existence. That’s been on my mind a lot.

What’s next for you?

I’m actually going to Greece for two months, from October through November, because I got an artist residency there. I’m really excited. Also, my fiancé and I are getting married in October, so we’re honeymooning there and then I’m just going to stay and do my residency. One of the best parts is that then it’s just a one-way plane ticket, and we’ll see what happens.