10 in 10 with Berklee College's ROSIE

She counted down from ten and not a single thing was ever the same. 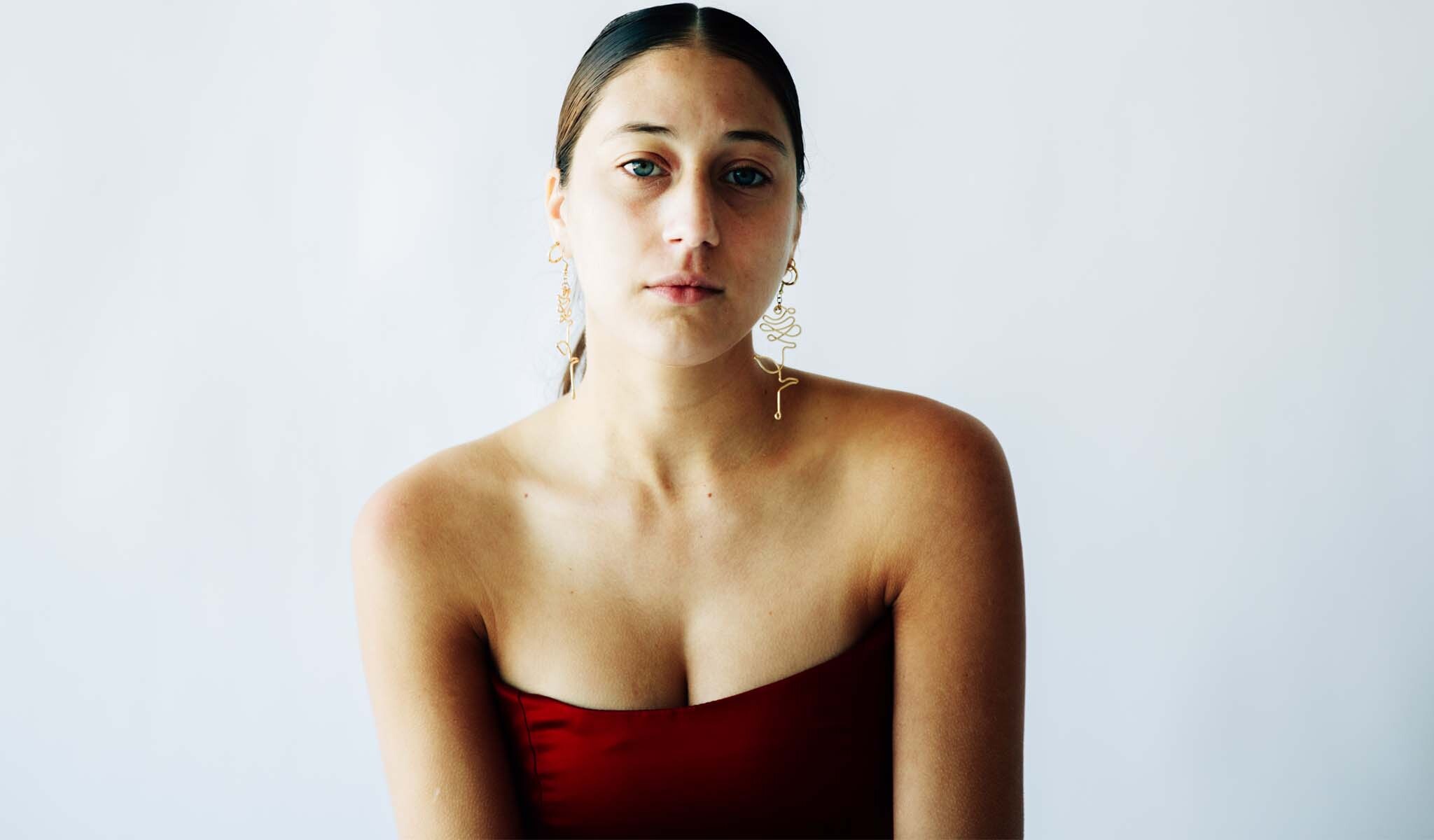 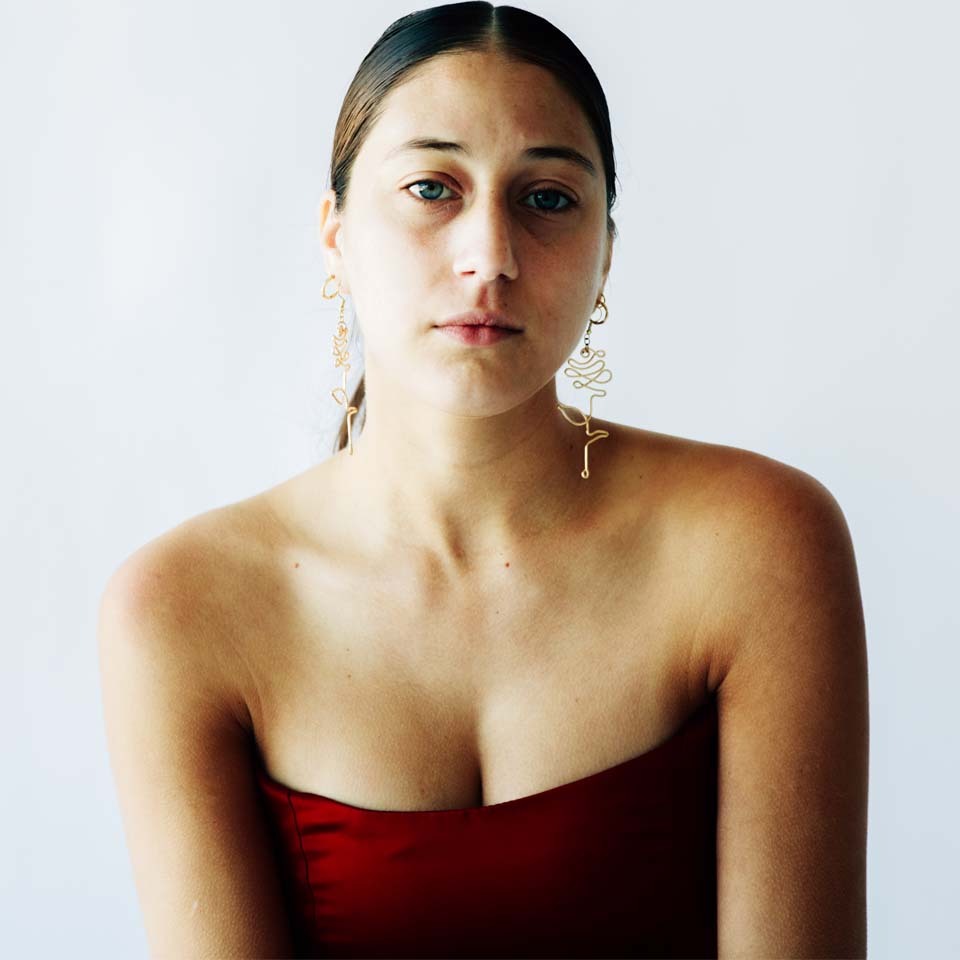 For all the calculated advice dispensed about "becoming a brand," posting three times a day, and using SEO to boost views, every once in a wonderful while, an artist makes it based purely on skilled songwriting and the willingness to hold nothing back. Such is the case with Rosie Scher (known artistically as ROSIE), the 21-year-old singer-songwriter who just five days into posting on TikTok went viral – like, truly viral, as in 17-million-views viral – with a video of herself singing the chorus to her song "Never the 1."

In those 25 seconds, there's a startling authenticity. Rosie appears bare-faced, her voice filled with a wry sort of sadness, backed only by piano. As she finishes singing, the video is interrupted by her roommate. It's hard to pinpoint exactly why some videos go viral, but the completely unfiltered nature of this one – coupled with a chorus that's as much a rubik's cube of words as it is a catchy tune – is a pretty good guess.

It's all the more admirable, then, that Rosie has kept that commitment to authenticity since "Never the 1," because for all intents and purposes, her world has turned upside down. She dropped out of Berklee, signed with Arista Records, and most recently, released her debut EP, the excellent "20mg of Happiness," which chronicles the stages of grief, and contains more of the expert lyricism exhibited in "Never the 1." Songs like "Screaming Underwater" and "Retail Therapy" wouldn't feel out of place on the Olivia Rodrigo chart-topper SOUR, with their emotional clarity and clever turns of phrase. Just a few moments after Quadio spoke to Rosie, she announced she'd be opening for Chelsea Cutler on tour. This quick ascent to success might make any sane person balk, and Rosie is no exception. The difference is that she's candid about it – her moments of self-doubt, as well as her ongoing journey with anxiety and depression. The tracks "Sad Sad Sad" and "Social Stamina" chronicle parts of that journey. On Instagram, she pledges "100% real content," citing how damaging the app has been to her mental health in the past, and she doesn't shy away from conversations with her followers about their struggles, either. All of this adds up to the Rosie we spoke to; a singularly talented young artist, both self-assured and self-aware. Our interview, including some down-to-earth advice on getting famous fast, follows:

It's very Billie Eilish that your brother is a co-writer on a few of the songs on your EP.

My whole family is actually full of musicians. My brother Matteo, who's also my manager, is a pianist, plays guitar, writes songs. My dad was a classical violinist. My grandfather, my grandmother, and my cousins are also classical musicians. Matteo and I were both classically trained in violin for 10 years. If you hear it in my tracks now, that's me playing. When I was 12, I had a babysitter who taught me how to play guitar, and that’s when I started to write songs. Then, when I was 14 and Matteo was 18, we started writing together. It was a hobby, though – it didn't become a profession until this past year. I was actually more of the black sheep by not wanting to pursue music. I was like, "No, I'm going to be a nurse. I'm going to be a doctor. I'm going to go into STEM." And they were like, "Are you sure? We're all creatives here."

STEM? You went to Berklee College of Music!

So your family really believed in your musicianship.

Yes, they kept fighting for it, even after I got in. I was like, "Mom, I'm studying music therapy." I refused to do songwriting. She was like, "That's great, but do you ever think about being an artist?" And I was like, "Yeah, but that's a dream." It was always a dream. More of an "I wish," not an "I can." It wasn't until the pandemic that I really decided to commit and sit down and fully focus on creating music. I was going through a really hard breakup, but there was no distracting myself with friends or partying because of Covid. So songwriting was my only way of coping. That's when I started to feel like, "Okay. I can do it. And it's more than just a hobby." But even then, it was Matteo who told me to get on TikTok.

It wasn't your idea?

It wasn't. Towards the end of the summer, I was like, "Okay, I thought I wanted to do this artist thing, but nothing is happening for me. And with Covid, no one's going to sign." A new semester was starting, so I was like, "Maybe I should do music therapy again." Matteo was like, "Okay, I support that decision, but first I want you to try posting on TikTok." I told him, "TikTok is not for me. I respect the app, but I just don't think it's my thing." He said, "Okay, cool. Just try it for three weeks." His argument was, "You've written enough songs to post every day for months. So why not try?" So I said okay, and on day five, I posted "Never the 1."

It seems like the lyrics are what people really responded to – counting down from ten in that clever-but-sneakily heartbreaking way.

I was in the shower when I came up with it. At that point I had written probably 60 songs about this person, and I remember thinking, I could literally write 100 more songs about the way he fucked me over. And I was like, "Okay, I think there's something there." Like, "I could write 10 songs about nine ways you fucked me over..." I started with that, and I also had, "But I was never the one." That's where the puzzle came in, because I had to fill out the rest of the numbers. Ninety percent of it was not musical. It was me staring at my screen, trying to make the words fit. I actually hadn't even finished the verses when I posted the video of me singing the chorus.

And that's the video that went viral.

I posted it when my phone was at five percent and I saw that the numbers were going up pretty quickly, but then my phone died. A few hours later, when it was charged, I see 20 texts come in, like, "Rosie check TikTok, Rosie check TikTok!" Within an hour and a half, it had 960,000 views. I woke up the next day and it was at 8 million, and then 12, and then 15. I called Matteo and was like, "What the fuck is happening?" That was in September, and by December I had signed with Arista and dropped out of Berklee. I would've stayed in school and kept up that double life if it were sustainable, but it really wasn't. I loved college, but it was too much.

How were you able to handle that moment?

It was hard. On the one hand I was so prepared – I had a full catalog of songs to show to anyone who wanted to hear them, and I've been in therapy since I was 15 and have really worked on my mental health, so I knew that no matter what happened, I knew who I was and what I stood for. But on the other hand, suddenly every major label, publisher, lawyer... overnight, within 12 hours, everyone had reached out. I had no idea how I was supposed to handle it. But what really saved me was my family and my lawyer. We hired a lawyer immediately. That's the first thing you need to do when you go viral – hire a lawyer! There were some tears for sure, because there were a lot of big life decisions, but they were good tears, tears of release.

My mental health is something I'm constantly working on. But I'm open about my struggles because I know I'm not the only one. Every time I've written a song from a place of desperation or sadness, it ends up being something that resonates with so many people. It's comforting that when I put something into the world that feels so deeply personal and specific to me, is something that sometimes millions of people relate to. Any time there's a stream, any time someone comes to a show, any time someone messages me and says that something I wrote benefitted them, I'm like, "Okay, I have a purpose." I also have a text line that people can use if they're struggling that connects them to resources. I really try to reciprocate the support I get.

The EP chronicles the stages of grief you went through post-breakup. Did you realize that before or after you finished writing?

After. I looked back and was like, "Wow, I was totally going through the stages." And I was able to identify them then, like, "Okay, this was me in denial. Okay, this was me in anger. This was me in depression. This was me in acceptance." One of the acceptance stage songs is "Sad Sad Sad" – I had written that on the one-year anniversary of me being on Prozac. It's really about being sad that I had to depend on an outside source to make me happy. I am so pro-medication, if that's what works for you. And I know now that there's absolutely nothing wrong with it. But in that moment it made me so sad. Then when I was looking at the scope of the EP, I realized it belonged in the acceptance stage. Like despite everything, there's always going to be a part of me that's sad, because of my genetics, and that's okay. It is what it is, and I'm not the only one.

Do you feel pressure to go viral again?

Yes, but only from myself. My manager, my followers, my fans, my label, no one's telling me, "You need to go viral again." The pressure is just me. But I'm also a firm believer in, everything happens the way it's supposed to. It's important for me to remind myself, "Take your time. No one's going anywhere."

What's next for you?

My second EP, which is really exciting. You can also expect a lot more writing for other artists as well – I love that side of things, I love being a songwriter. And tour! I'm doing an opening tour. My first show back is tomorrow, and we sold out, which is amazing. I'm so happy. I never freaking expected that. So that's what you can expect, and just a lot more music. A lot more music.